The global Myeloma incidence is on the hike for the past three decades. The trends vary with different geographies. However, the low- and middle- income countries reported a consistent increase from 1990 to 2016 in Myeloma incidence and deaths due to Myeloma. This can be attributed to the lack of […] 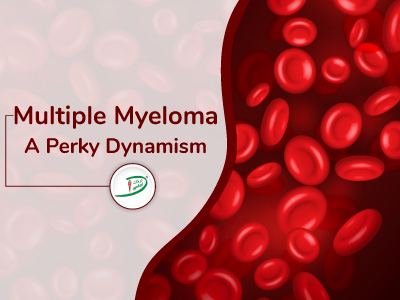 The global Myeloma incidence is on the hike for the past three decades. The trends vary with different geographies. However, the low- and middle- income countries reported a consistent increase from 1990 to 2016 in Myeloma incidence and deaths due to Myeloma.

This can be attributed to the lack of standard healthcare facilities in counties that are comparatively lag in socio-economic development. A similar trend has been observed in middle-income countries of the MENA region. A hindrance is observed in delivery of cancer care due to narrow accessibility to general and specialized health care, lack of diagnostics, and advanced treatments, like novel agents, radiation oncology, and stem cell transplantation, which leads to poor outcomes in the MENA region. Therefore, recent healthcare equity goals focus on disparities across races and better treatment opportunities.

As per DelveInsight’s Multiple Myeloma Market report, the pipeline for Multiple Myeloma is highly dynamic with multiple clinical investigations underway interesting even the big market players such as Bluebird Bio, Celgene, GlaxoSmithKline, Bristol-Myers Squibb, Abbvie, Merck, Janssen, Amgen, Sanofi, BioLineRx, Takeda, Onyx Therapeutics, Abbott, Karyopharm Therapeutics to sink their teeth into this therapy area with individual or combination trials of novel/approved products. The perks of vigorous investigations will be soon acknowledged by the patients witnessing approval of different therapy alternative in different lines of treatment. Multiple Myeloma is a vast area with no stifle of innovation in its treatment course over the period of time.

One of the major contributors is the improving diagnostic tools such as complete blood cell count with differential, basic metabolic panel; serum calcium, serum and urine protein electrophoresis; and osseous survey, accessible in low and middle-income group regions such as MENA region followed by the serum-free light-chain assay, fluorodeoxyglucose–positron emission tomography (FDG PET) scan, cytogenetics, and fluorescence in situ hybridization (FISH) for higher per capita income group regions. The positive approach has also led to better survival rates for the patients.

The treatment regimen includes a multidrug approach with a combination of three or more drugs. The treatment, including monoclonal antibodies (mAbs), proteasome inhibitors (PIs), immunomodulatory drugs (IMiDs) will provide great relief to the patients. The treatment pattern varies a bit from developed countries to developing counties. Some of the Middle East countries employ the use of Kyprolis, a proteasome inhibitor and Revlimid amongst the Immunomodulators (IMiDs). Moreover, the majority of chemotherapies and corticosteroids were employed previously in the Middle East. In recent times, the trend has shifted to other treatment regimes. However, these chemotherapy drugs and corticosteroids are still used in combination with one or the other class of treatment. Furthermore, two drugs (lenalidomide and bortezomib) considered to be a standard of care, however, have not been approved in some African and Middle Eastern countries yet. Additionally, stem cell transplantation is routinely available in higher-income countries but is lacking in sub-Saharan Africa and parts of the Middle East. Shockingly, South Africa is the only country in sub-Saharan Africa with a stem cell transplant center. Furthermore, the recent approval of Aplidin in Australia has opened the door to many other markets in South America, Mexico, Canada, Asia Pacific, Middle East and North Africa (MENA). In short, Myeloma treatment obtainability is inadequate in countries with low socioeconomic development which highlights the need to enhanced access to diagnosis and treatment.

However, the therapies with sky-reaching cost burn a hole in the patients’ pocket, making it valuable to a fraction of affected individuals. Besides chemotherapy, newly introduced classes also provide a cut-throat competition for the rat race of premium prices of drugs. The reason for the high cost of the therapies can be attributed to the dominance of exclusive drugs due to overlong patent protection period, high cost of development, monetary motivations favouring more expensive therapy, low negotiability on the new drug cost. Consequently, high priced drugs (and their combination regime) affects the affordability and accessibility to effective medications. The burden continues to lay on the patients’ pocket if the disease recurs or becomes refractory, obliging the individuals to go for further lines of treatment with different combinations or maintenance therapy, if MM remains stable. Adequate care and treatment have become a challenge in many countries of low socioeconomic development (a few countries of the MENA region), particularly in sub-Saharan Africa. Sometimes, even the typical early treatment becomes challenging for the newly diagnosed patients in most developing countries of MENA region, unlike the ones who are well-insured (reimbursed) in the United States or other highly developed regions.

Managed Entry Agreements (MEA) are progressively being executed in the Middle East and North Africa (MENA). The countries of MENA regions can be categorized in two classes with one aiding access initiatives that target registration, pricing and reimbursement barriers, while another creating demand initiatives that aim to drive uptake of drugs upon launch and address issues around awareness, affordability and adherence. According to the recent analysis, initiatives directing pricing and affordability are frequently recognized in countries which have relatively limited government funding or public healthcare coverage. UAE, Egypt, Saudi Arabia and Algeria, respectively are the most active countries in terms of market access initiatives in the region. MENA region has started witnessing few Managed Entry Agreements, although not many, accessibility despite being the primary barrier for innovative products. The recent initiatives for market access aim to create an upsurge in capacity and infrastructure in the health care system or simple price discounts, rather than value-based partnerships to improve access to innovative treatments in the MENA region. Furthermore, resolutions for uninsured or underinsured to declined access entail multiple systemic changes such as amended national guidelines, higher and better reimbursement policies, negotiation on drug prices, value-based pricing evaluating cost-effectiveness and affordability, easy permit to generics and biosimilars.