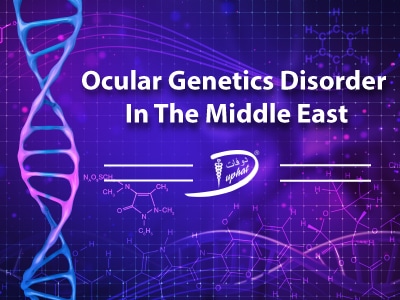 There has been an increase in the incidence of recessive ocular genetic disease in the Middle East region in the past few years due to a social preference for consanguinity (intrafamilial marriage), endogamy (intratribal marriage). Affected children are often homozygous for the recessive mutation.

Diagnosis of genetic eye disease is essential because of the prognostic and therapeutic value of an accurate ascertainment of the underlying genetic mutation. A precise molecular genetics diagnosis is of great importance as it may provide a treatment, which may be gene replacement therapy or other mechanisms that is key to disease. However, sometimes these tests prove to be a costly affair and hence efforts are being made at a diagnostic level to develop strategies that will pave the way for the detection of responsible genes or mutations in the patient using the least number of assays and reducing expenses of the process.

While dealing with genetic diseases for which there are no genotype-phenotype correlations, and for which no therapy or prevention is available, it is necessary to derive confirmed diagnosis through genetic method because –

Gene therapy has been successful in an ocular genetic disorder such as restoration of sight in adults. It has also helped children with retinoblastoma where patients have received injections of an adenoviral vector containing a herpes simplex thymidine kinase gene with no systemic immune response. Patients with Leber congenital amaurosis were administered a recombinant adeno-associated virus transporting the retinal pigment epithelium-specific protein 65kDa gene which improved retinal and visual function measurements.

GCC countries are making tremendous progress in the field of gene cell therapy. An awareness among residents is driven to share the benefit and advantages of gene therapy as an effective treatment for genetic diseases. Few hospitals and clinics in the Middle East have shown varying interest in locally making cellular therapies and regenerative therapies accessible over the last few years.

The UAE is very well positioned to be an innovator in this area. When it comes to gene therapy, with productive alliances and partnerships with other countries, the UAE can become a pioneer in the Middle East.